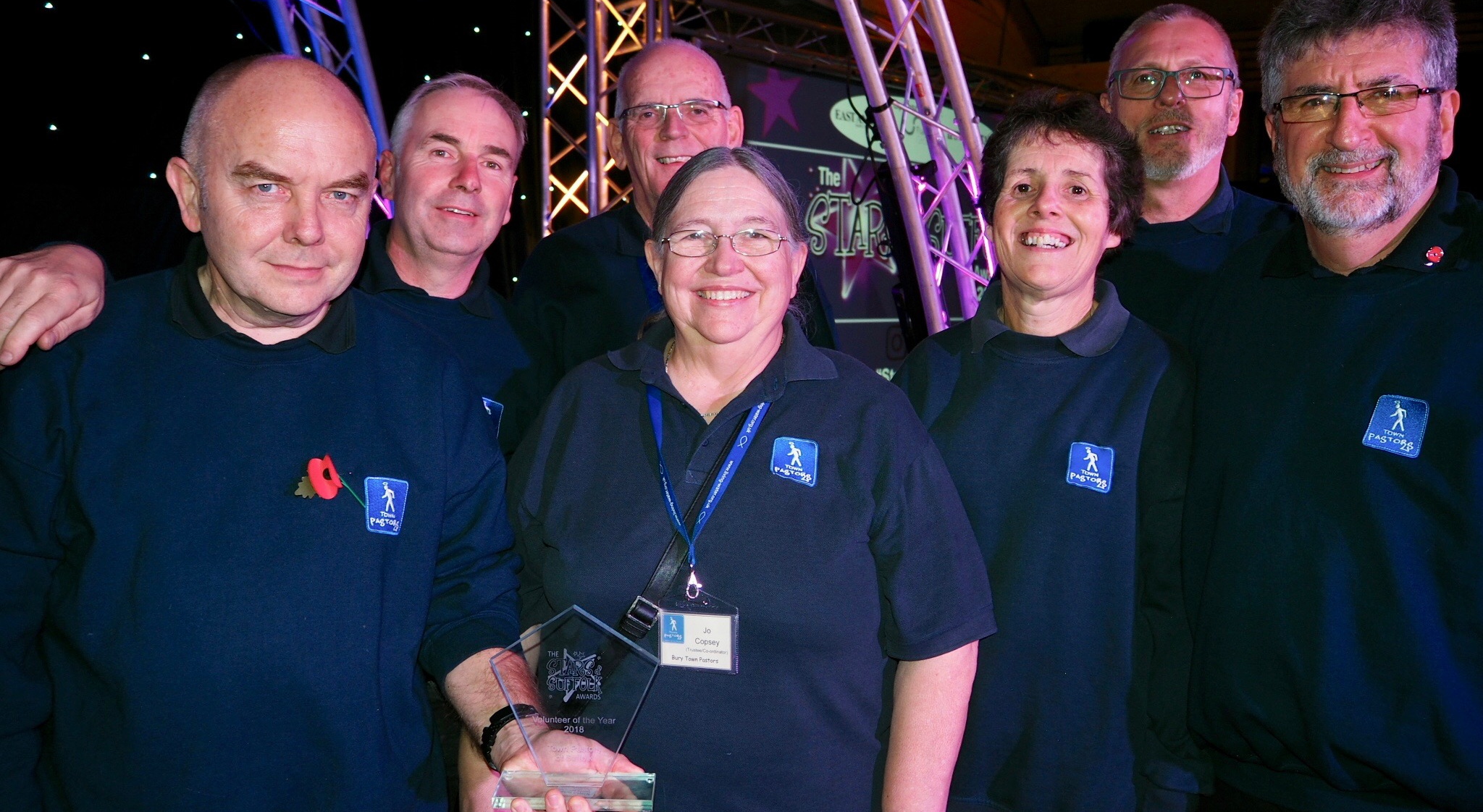 At The East Anglian Daily Times and Ipswich Star "Stars of Suffolk" awards last Thursday, Town Pastors were honoured with the "Volunteers of the Year" Award.  The nomination read: "The Town Pastors of Suffolk continue to make a huge difference in communities across Suffolk.  They patrol the streets at night, helping people in need - particularly the vulnerable.  In one case this year, they were the first at the scene of a stabbing in Ipswich and helped the victim.  The Pastors have operated in Suffolk for 11 years now and patrol 10 towns, mainly on weekend nights, as well as special events including Latitude Festival"

Tony Hodge, Chair of Town Pastors Central which represents and supports all Town Pastor schemes across Suffolk and into Norfolk said: "We were humbled to have been recognised amongst many individuals and organisations honoured that night.  It was truly heartwarming to hear of so many who have the good of our communities at heart and who give of themselves to make Suffolk a better and safer place." 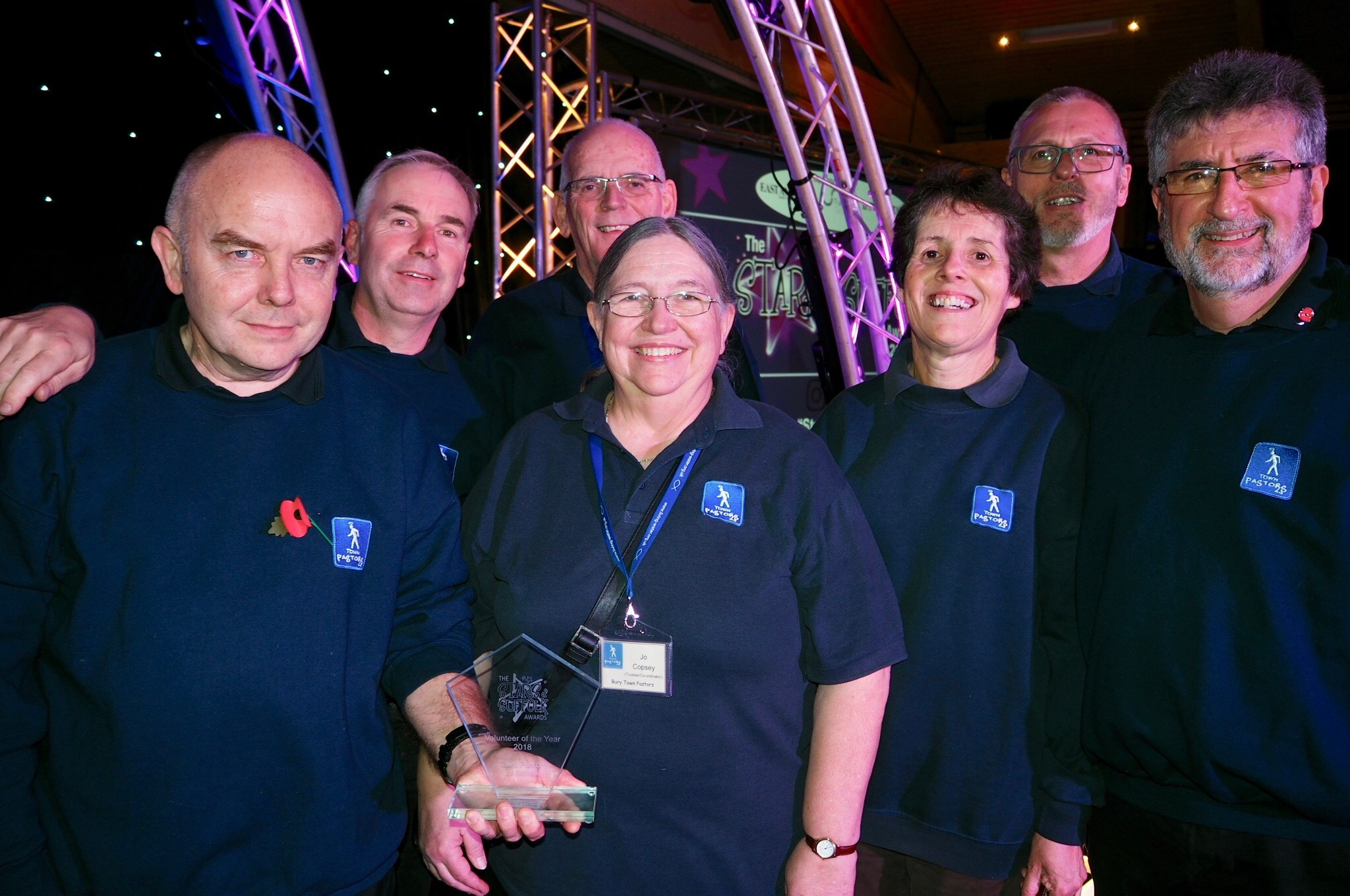 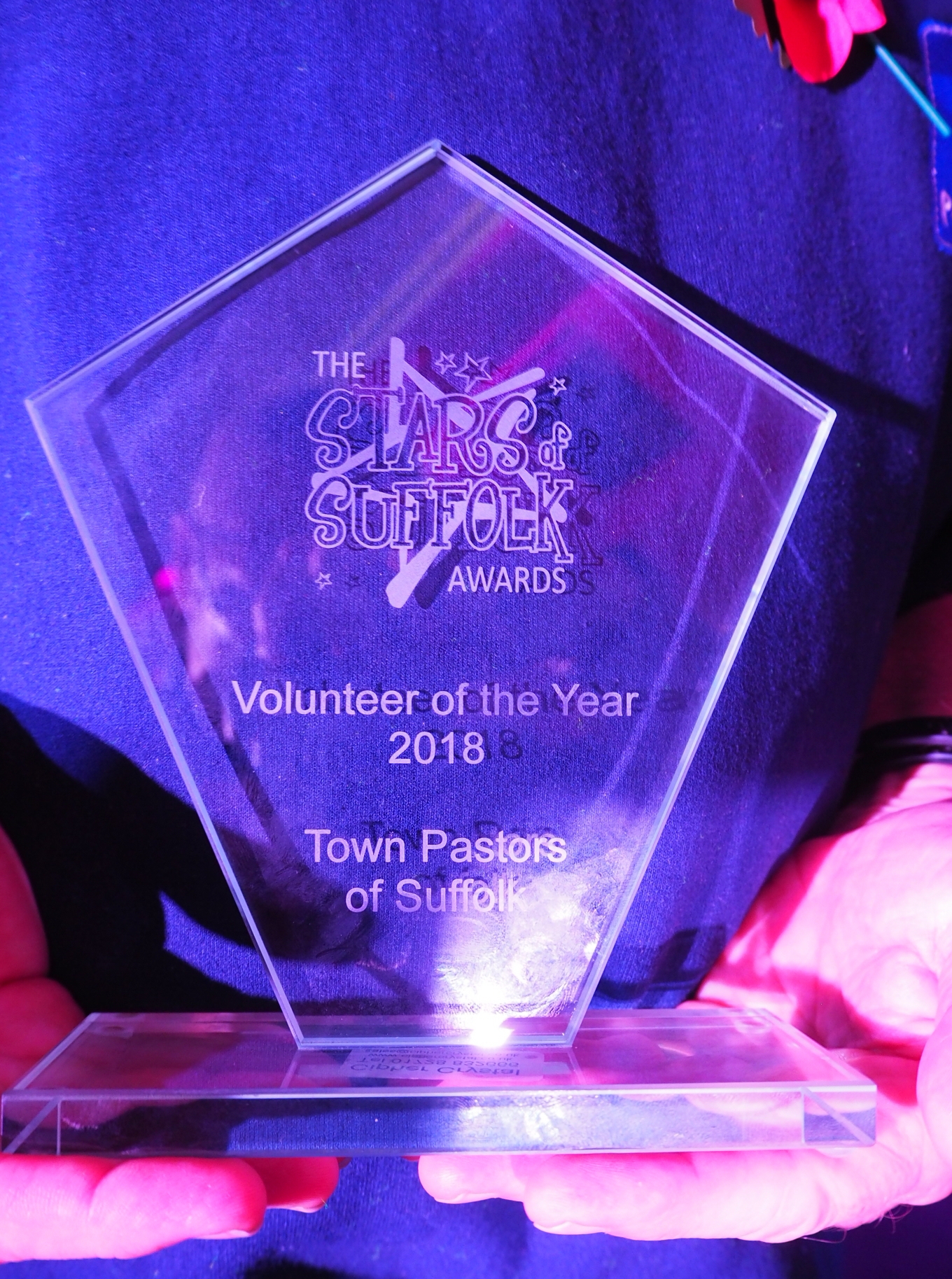 Town Pastors are limited by guarantee and incorporated under the Companies Act 2006 as a private company.